‘What does the future hold for us?’ This question creates a kind of hustle and bustle in our mind and urges us to look at tarot cards to answer it. Speculating about what lies ahead is human nature. We always tend to anticipate what the future has in store for us. And, we envision the best for us, despite the awareness that life is full of highs and lows.

But, finding the positive in every situation and being content with the little mercies shown to them is the best thing about humans. They want to hope for the best and avert whatever is not the best for them. It is for this purpose that they want tarot card predictions to be done regarding their future.

Tarot card reading has always been a spiritual practice. Often when we think of this, an image is conjured in our minds: A set up of a dark room, velvet upholstery, a woman in wine colored attire wearing a beaded neckpiece; she gradually spreads her cards on a table covered in red satin and the cards hold the mystery to what lies ahead.

The observer looks at this lady and waits in anticipation as she holds the answers to the questions. The illustrations on the cards are interpreted by the reader and inferences are drawn to answer the questions put forth by the person in question.

What Are Tarot Cards?

Tarot cards are mystic and the most practiced art of reading future events. Earlier the playing cards consisting of diamonds, hearts, spades has been employed to predict fortunes but with time it evolved as the cards with figurative images.

The tarot cards are the ultimate guide to connect with your intuitions and know about the events of life. Each card comes with symbols and images that reflect the story of querent’s life - what belonged to you in the past, what is going on in the present and what is hidden in the future.

The process of working with tarot is called ‘synchronicity’, a term coined by psychoanalyst Carl Jung. The term can be interpreted as ‘meaningful coincidence.’ Jung believed that there was a connection between the card chosen and psyche of the individual who chose the card; and therefore, the image or symbol on the card could represent one’s consciousness.

If you want to know more about the tarot card and its meanings, you may use a tarot reading app which is simple and free for beginners and beyond.

Now, let us talk about the organization of cards with step by step tarot card reading.

A tarot deck is a pack of 78 symbolic cards which is divided into a set of major arcana and minor arcana.

The deck has 22 major arcana cards, 56 minor arcana cards, 16 court or personality cards- the kings, the queens, princes, and pages. There are four elements- fire, earth, air, and water with ten cards in each.

Each of the cards indicates a significant issue in one’s life that demands attention. The Minor Arcana are the complimentary cards that tell about the daily upheavals. While, the major arcana focuses on the prominent issues, lessons, breakthroughs. The different deck has different titles for these cards but their meanings will remain the same.

Three Card Spread is one of the most basic Tarot spread used for tarot cards reading. It gives immediate answers to your questions for love, relationships, career, finance and so on. These spreads are the snapshot which can tell you about your past, present, and future events of life.

For the easy 3 card tarot readings, you may use the free Tarot Life app. It is an easy and ultimate guide to read tarot cards. Using this, you may get tarot card reading report means all the insights about your life just at one tap.

The guidance provided by tarot readings has stood the test of time. It wouldn’t be fair to label tarot cards as good or evil, right or wrong. They are just a bundle of images powerless on their own. It is their ability to represent one’s consciousness and the interpretation of the reader that invests them with meaning. And, this is how they are able to analyze the past and the present and foresee the future.

Tarot Cards are a way to get positive aura in life. Even if you have not taken any readings yet, you must give a try and allow Tarot life readings brim love. Success and health in your life. 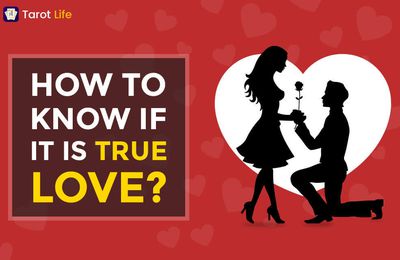 Love Prediction App : When Will I Find True Love | Tarot Life
Next post
Back to home page